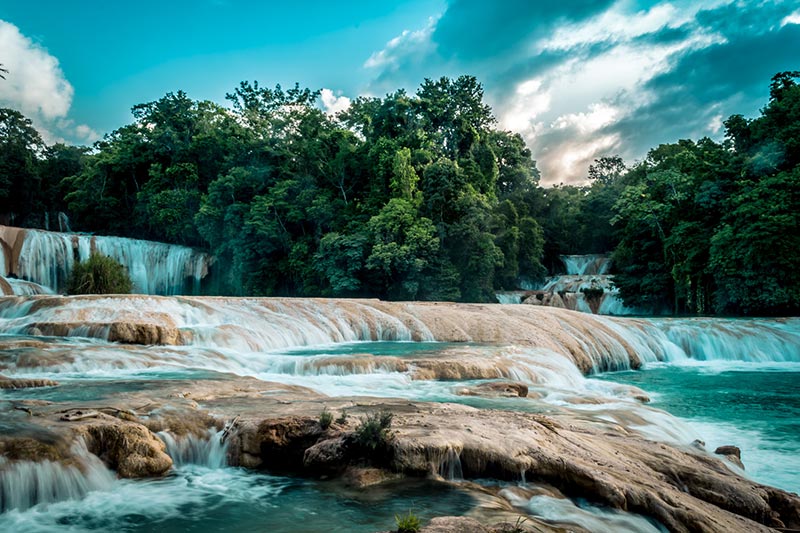 Patience is one of the most valuable virtues a photographer can have, specially if you’re on a very touristic area like the Agua Azul waterfalls.

We arrived at Agua Azul around 4:30pm and hundreds of people were still bathing in the waters and hanging around, so it was really hard to shoot a good panoramic photo without anyone on it.

After a quick scouting around the Agua Azul complex, I jumped into the river to enjoy the cold water and even swam under a waterfall, despite my fear of water.

Always aware of the Sun’s position and the park’s crowd, the perfect time came just as security started to throw everyone out, so I had to hide a little while setting my camera and tripod on top of a floating platform.

The damned platform kept moving as I tried to shoot at a very slow speed, so all the photos were blurry.

A couple of tries later—and with security starting to shout at me—I got several good shots, like the one shown on this post, and was able to flee the place before being arrested for disobeying authority (So hardcore!).