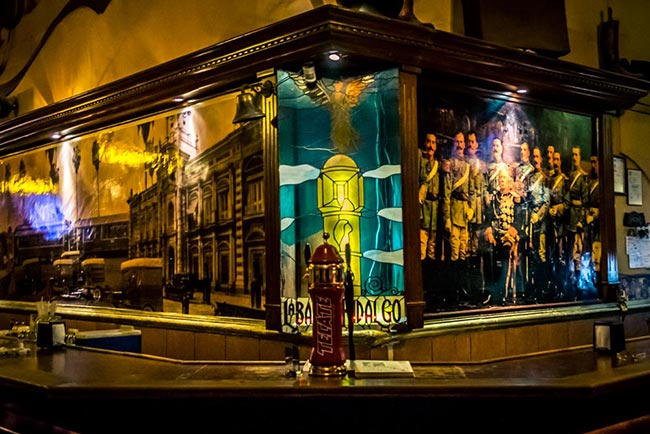 If there is one thing I love, is beer—almost any kind of alcohol, for that matter. And one of my favorite experiences while traveling is drinking the local stuff, the way the locals do it.  That’s why I decided to create a new section on the blog dedicated to the glorious art of Bar Hopping.

For those who don’t know what Bar Hopping is, let me explain it to you:

It is the act of going from bar to bar, drinking a couple of beers each time(or whatever your personal choice is), getting to know the places you are in, and with a possible side effect of deep inebriation.

Now, kids. I know this sounds like a lot of fun, but you have to do it responsible. There’s no fun in getting super drunk without enjoying the places you go and the company you have.

I decided I wanted to do this from the first moment I came back to Hermosillo, a couple of weeks ago.

The combination of heat and cheap ice-cold beer, makes this city the promised land for bars and cantinas. You won’t walk much in this city without finding a good place to buy a cold one.

And that’s not a complaint.

The first stop of the night was the old Tropiconga.

Once, it was a men–only cantina, with a bar in the middle of the room and a small canal surrounding it, where all the parroquianos could spit into(or worse).

Now that women can come in… well, it hasn’t changed that much.

They were SO happy about it

I had so many good memories about this place, that I was staggered when we came in and found out it was almost dead.

No signs of life, besides the small cockroach running down the bar. But that’s just part of the experience and beauty of Bar Hopping, I guess.

Plus, the beer was just $7 pesos per glass(that’s about half a dollar), so we decided to drink a couple before running away from the place.

After our first failed attempt, we decided to go to La Barra Hidalgo.

Located in the old part of town, it is one of the most classic bars in the city, and a personal favorite.

We headed straight to a table and ordered a big glass of draft beer and I have to tell you: Here, if they say the beer is cold, it is cold.

I find this bar really funny because it has and Old Saloon kind of vibe—wooden walls and old pictures and paintings—but with all kinds of music playing out loud, from classic rancheras to your latest EDM hit.

You can never have a bad time in here, maybe that’s why time passed so fast and before we even noticed, it was almost too late to go to another bar.

The idea was to go to a bar called Club Obregón, which I didn’t know, supposedly a place for older people, but it was closed. So, next…

This is one of the places where all the “hip”, artsy and alternative people gather. Young and old, there’s no distinction.

After we got in, we found bikes parked inside the bar, a rock band playing good music, sports pictures all around and lots and lots of caguamas being poured into plastic cups.

It was messy, it was loud, it was crowded and all the other cool things you could expect from a place like this.

There are no poses and if you are lucky enough to find an empty seat, you’ll feel just like home.

And that’s exactly what we were doing by the end of the night.

Figure A. Beer in a plastic cup and two caguamas in the back

Though we didn’t visit as many bars as I wanted to, it will serve as an excuse to come back and do a second round in the city.

Have you ever gone Bar Hopping? Tell me about your experience in the comments section!