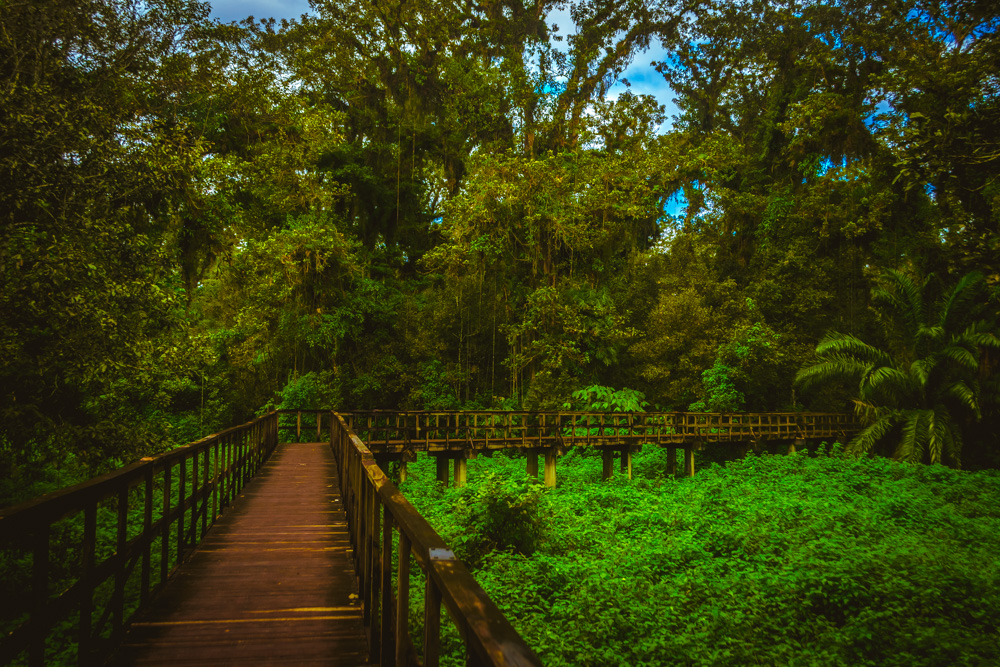 I have to admit it, before going to Honduras for the first time, I was part of that big group of travellers who are afraid of passing through it because of the bad publicity the country has around the world.

A lot of the backpackers I met while I was living there saw Honduras(and El Salvador, for that matter) as an inconvenience between the more backpacker-friendly areas of Guatemala/Belize and Nicaragua.

Thankfully, I didn’t paid much attention to the rumours an decided to travel around the country—twice—and there’s not denying that one of my favourite areas was Lake Yojoa.

Lake Yojoa is the biggest lake in Honduras, located almost in the middle of the country, just a couple of hours away from San Pedro Sula—Honduras’ second biggest city.

It is surrounded by mountains and small towns, Peña Blanca being the main crossroads between all of them.

The cheapest way to get there is taking the ‘El Mochito’ chicken bus, leaving from the San Pedro Sula bus terminal or take a bus to La Guama then a tuk tuk, if you’re coming either from Copán Ruinas or Tegucigalpa.

True to my alcoholic being, my favorite place around the lake was the famous D&D Brewery—a local microbrewery/hostal, where you’ll find the strongest honduran coffee, the tastiest beers brewed in Honduras, plus a lot of imported brands as well.

Big portions of food for a reasonable price, a pool and a beautiful jungle garden where you can sit and watch the many species of hummingbirds flying around is a big plus.

Near the D&D Brewery lays a beautiful archaeological site called El Naranjo. As an archaeology fan, I didn’t find this site really special, except for the fact that it lays right next to a huge marsh by the edge of the lake, with a long boardwalk that goes around the wetland and is home to a gorgeous scenery, specially during rainy season.

Don’t tell anybody, but both times I was there, I was able to enter the park without paying simply by entering through the exit bridge.

This boardwalk itself should be enough to convince you of making a trip over here. It is something I had never seen before. So peaceful and beautiful, surrounded by chirping birds and banana trees. It’s like something out of this world.

If you’re looking for something a little bit more private, there’s another hostal I’d say is worth the visit, called El Refugio del Lago. A lovely hostel right next to the lake. Lovely dorms with a view, quiet and disconnected from any other town.

And if you think this is not enough, the Pulhapanzak waterfalls are just a short chicken bus ride away from the lake—where you can gently swim on the river above the waterfall or, if you’re an adrenaline junky like me, you can walk down the waterfall, then walk up its wall, right under the water stream and into a small cave behind the waterfall.

An extreme adventure that you can finish with an 8m jump from a cliff on the edge of the waterfall. You can watch this video I made, if you don’t believe me.

The entrance to the dorm at the D&D Brewery