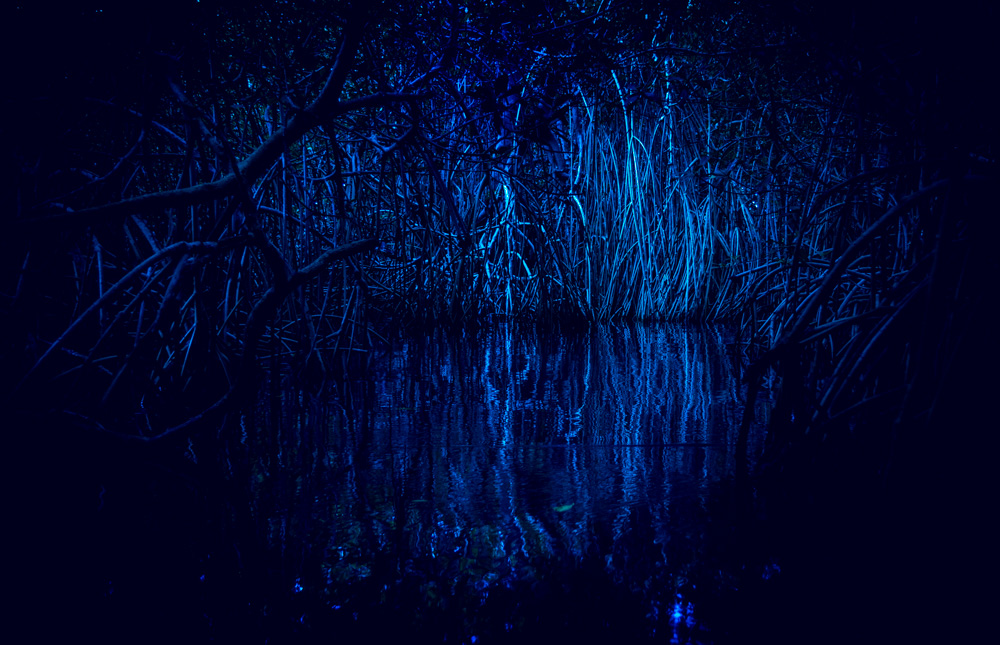 When I first heard about the Chacahua mangroves and how beautiful they are, I got really excited because I’ve never been to any mangroves before.

That’s why I decided to go there after and intense week of surfing in Puerto Escondido, but I don’t think I was prepared for what I found in the end.

Chacahua is a small community of fishermen, located several hours away from Puerto Escondido. It is known for its almost-virgin beach, great waves and—of course—the mangroves.

We started paddling just as some clouds covered the moon

After a really difficult journey to get there(really, it was harder and longer than I expected), I arrived at the beach and camped at a restaurant, where I didn’t have to pay for accommodation if I ate there regularly.

Throughout my first day and the second day’s morning, I wandered around town and talked to everyone I could until I met Enrique, who took me on a quick day tour to the mangroves and told me about the possibility of doing another one at night, saying that there was phosphorescent plankton.

At first I was skeptical, but I had nothing better to do. What the heck—I said.

Right after the sunset, my guide came to my tent and walked me through the town until we found a nice couple who were joining us on this adventure.

Slowly, we paddled upstream through the mangroves, with the moon starting to hide behind some clouds, listening to the mysterious sounds of the night and the occasional splash of a fish jumping out of the water.

Some time later, we entered a tunnel surrounded by thousands of trees and roots that covered the moonlight and so the mangroves were almost pitch-black.

This is just a representation, since it was way more dark

The water is glowing!

Just as my eyes adjusted to the darkness, our guide told us to start hitting the water and moving the roots. The water actually glowed every time you touched it! I couldn’t believe it!

As usual, I started laughing like a maniac as I moved my paddle in the water. Then we continued going through the tunnels, trying not to hit any trees(which we did), and after a while we noticed the movement of the fishes which also made the water glow.

It was so surreal, being there and seeing all that water glowing around us. I felt like a child again, marveled at this phenomenon for the first time.

I didn’t want it to finish, but the end of the tunnels came, leading us in to the night with the moon high in the sky, creating a beautiful ending to a beautiful experience.