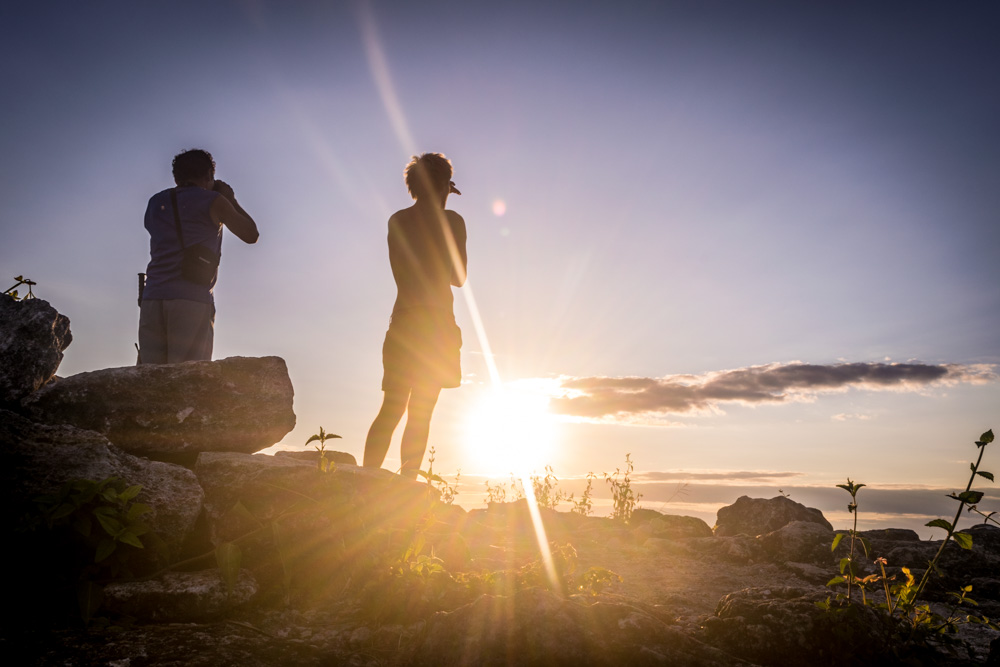 The first time I heard of El Mirador, I was traveling in Mexico with a couple of guys that were planning on doing this challenging trek through the guatemalan jungle, in search of the highest mayan pyramid.

After investigating a little bit more, I couldn’t take this lost mayan city out of my mind.

El Mirador is an archaeological site situated in Northern Guatemala, right in the middle of one of the most isolated jungles in the country.

It is believed El Mirador had an alliance with Calakmul, in Mexico, and to attack and being attacked by its other neighbor city, Tikal.

Although there are plans of building a train from the community of Carmelita to the actual site, the only way of visiting it right now is by walking for 3 days to get there and then another 2 to get back.

It was an exhausting, muddy walk but in the end, the 5-day trek to El Mirador turned out to be one of my favorite adventures of 2014 and I’ll tell you why.

The first day started by taking the 5am chicken bus from Flores to Carmelita, where we met our guide and began our 5-hour trek to the first camping site.

On the way, we kept seeing a lot small mounts hiding between the trees and later realised that these were actual mayan structures. I couldn’t help but imagine everything that is still lost in the jungle.

One of the coolest things of this trek is that you might be able to watch the archaeologists working on the different sites along the path. They even took some time off to let us approach the excavation zones and explain what they’re doing.

We were a group of 4, so it was pretty easy to stay quiet for a while and were rewarded with dozens of animal sightings. Howler and spider monkeys, deers, boars, xerekes and an astounding variety of bird species.

Not only that, we also had a completely clear and moonless sky throughout the 4 nights we spent camping, which translated to an incredible view of the massive Milky Way, right above the temples we were allowed to visit after sunset.

El Mirador is still mostly covered by the jungle, reminding me of Calakmul, a site we could actually watch from the top of La Danta, the highest pyramid.

The only bad thing about this is that politics and problems amongst the locals might change the way things are done, so, if you think you’re one of those crazy people who wants to visit the site, you should do it as soon as possible.

All in all, the 5-day trek to El Mirador is an incredible adventure and a must-do for everyone interested in archaeology.

The tour can cost between $150-250us, depending on your bargaining skills.