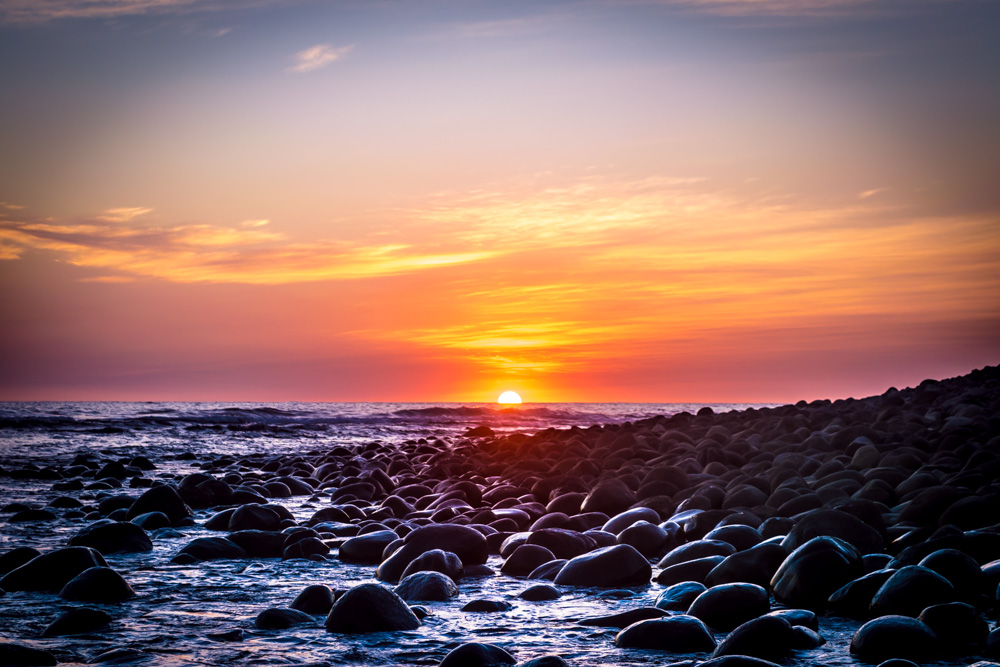 El Tunco, a small surfer town in El Salvador, was the first place I visited in the country and the last spot of my 2014.

After passing a couple of months without surfing(as if I surfed a lot), I was more than excited to try it one more time and I was even happier since I was traveling with my friends Zoé and her mom, and Alex a little later on—two of the best friends I’ve made traveling.

To get there from Antigua Guatemala, we had to take a bunch of chicken buses across two countries, one border crossing and a lot of weird encounters, which I’m gonna have to talk about on another article.

El Tunco is a small town next to the main highway that crosses El Salvador all the way from North to South.

Famous for its surf and closeness to El Zunzal—another great surfing spot—it is an obligated stop on the way to Nicaragua for every surfer.

The local dudes told stories about the long waves you see during surfing season. Waves you can ride for minutes through the Salvadorean horizon into the Eden Garden of Surf.

Then I would brag about how I managed to stand twice on a longboard, that same day.  BOOM!

We were there during New Year’s season, so parties and booze were flowing all around, in and out the water, but we still managed to wake up almost every day for some sunrise surf, long midday nap and a final sunset session. You know, basically what people know as the hard life.

It is a black-sand beach, rocky at some points and its main feature is a big rock where the locals fish the whole day, right in front of the main tourist area where most of the non-surfers are.

There’s  a lot of police officers making sure no body was drinking alcohol in the beach and taking care of any type of indecent exposure, such as kissing in the waters or swimming too close to each other. I’m not joking.

The main spot for surfing is the one to the end of the western side of the beach, where a big rocky area creates a deep enough surge for beginners not to crash into them.

The eastern side is the pro’s favourite but the waves crash basically on the shore, so it is really easy to break a board if you’re not careful.

It doesn’t matter if you’re a surfer or not, El Tunco has something for everyone.

I like the fact that you could see locals, national and international tourist getting along—one of the only places I’ve seen something like this in Central America, although it was a pretty common sight in El Salvador, of all places.

And it also accommodates to every type of budget!

One more time, I encourage people to get over the bad publicity El Salvador gets(as I do with Honduras) and don’t miss out on many of the amazing places you can visit in the country, El Tunco is one of them.