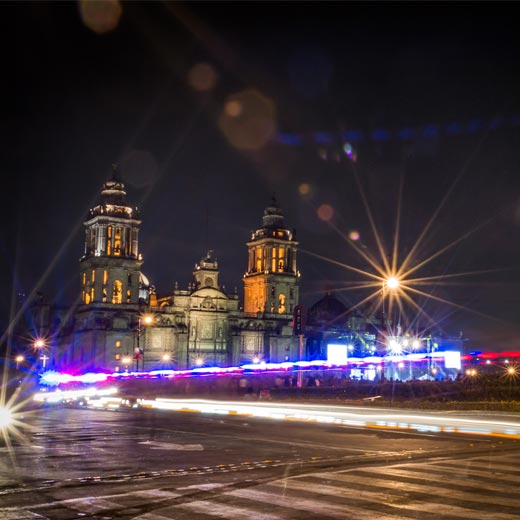 Last week, I decided to make a quick tour around Mexico City’s downtown by night, as part of a new set of posts I want to publish for the blog before I start traveling on august.

A friend of mine and I did a three hours walk through the Alameda Central, Bellas Artes and Madero street until we reached the Zócalo, Mexico’s main square, surrounded by the National Palace, the Cathedral and a bunch of fancy restaurants on top of beautiful buildings.

To our surprise, there was a Mariachi concert in the middle of the Zócalo and despite our tiredness, we took our cameras and started shooting at anything we could, until we reached the far left corner of the square.

There, we stood beside a group of German seniors as I took out my tripod(my newest best friend) and prepared everything.

As I was setting my camera, the band started playing it’s last song, Paloma Negra, which is one of my favorite Mexican songs.

And so, with shivers down my spine and quietly singing the lyrics, this photo was done.