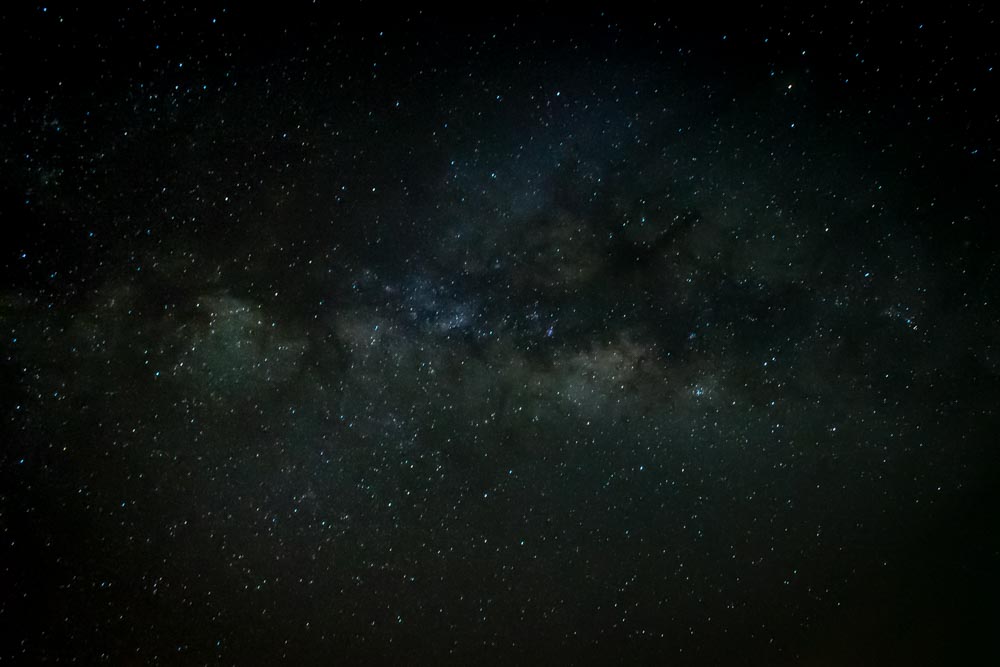 Ever since I was a little child, I’ve had a deep fascination for space, stars, black holes and anything in between those subjects.

I remember spending hours talking with my cousin about all those big mysteries in the Universe, feeling smaller every time, but with a growing curiosity.

Obviously, every time I see a majestic picture of the Milky Way, I fall in love with it. That’s why I had the urge to picture it, since I started to take photography more seriously.

On my last weekend in Sonora, while driving back from the beach, I was lucky enough to have a completely pitch-black night with a clear, starry sky.

Every time I see a majestic picture of the Milky Way, I fall in love with it

Looking carefully, I was able to see a small conglomeration of stars on the Eastern part of the sky, so we stopped in the middle of the road, pulled out all my photo gear and started making light tests with the camera.

At first, it wasn’t working at all and I was losing my hope of catching the Milky Way.

But on the 4th attempt, it worked! I could see part of the Milky Way across my camera screen. I was looking right into the galaxy!

I started laughing like a maniac, jumping all around and taking as many pictures as I could, while speeding cars past by us. It didn’t matter, I had it!

Can’t wait to go outside and take more pictures of it.

There are some minimum requirements you have to meet before properly capturing the Milky Way:

– A really dark sky, preferably without clouds.
– A good tripod for your camera and an intervalometer to avoid touching it while shooting.
– A headlamp
– Good vision

If you want to avoid star trails, your shutter speed shouldn’t be longer than 30 seconds, that’s why you have to use a higher ISO.

Yes, you’ll have lots of noise on your photo, but you can bring it down later in Lightroom, Photoshop or your preferred photo editor.

Generally, you might be able to locate the Milky Way by looking to the East. You gotta search for a small clump of stars between the constellations of Scorpius and Cygnus. On a dark night, it is not that hard to miss, really.

Have you ever seen the Milky Way or any other astronomical phenomena?