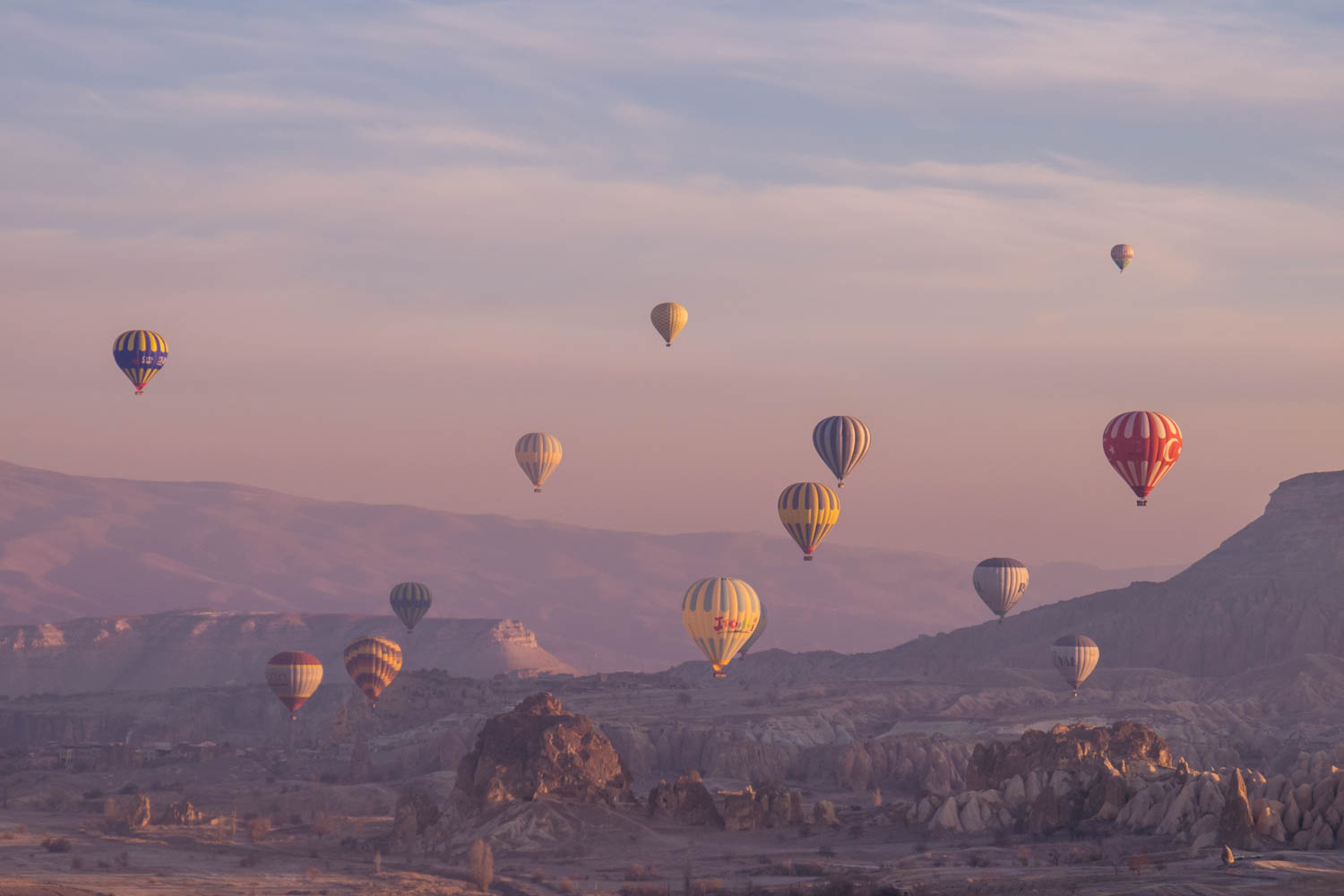 I arrived to Cappadocia on an overnight bus from Antalya and, after having spent several days on the sunny coast, stepping out into the cold streets of Göreme was like entering a dream.

The sun was barely rising and as I walked up the slippery cobblestone streets, dozens of hot air balloons floated silently over my head.

Unmoving, you could think they have always been there, if it wasn’t for the burners coming to life irregularly, lighting the balloons as they made their way across the early morning sky. 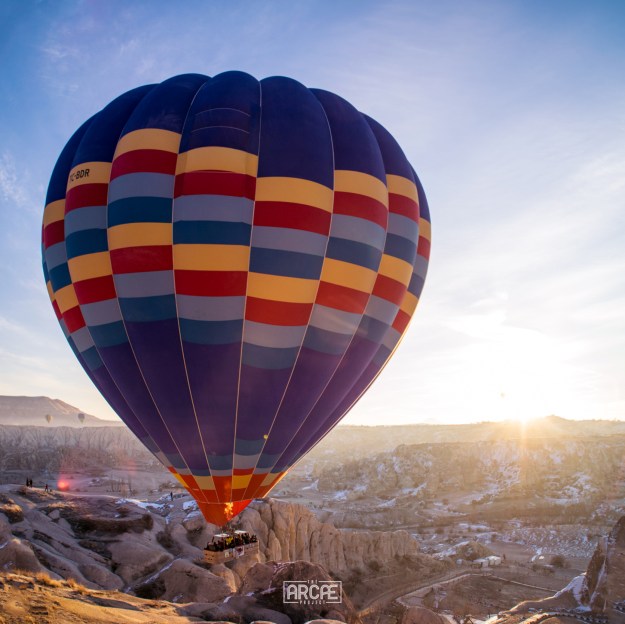 A beautiful sunrise in Cappadocia

A once-in-a-lifetime sight I pleasantly got used to during the coming week.

Cappadocia is famous for its rock formations called “Fairy Chimneys”—columns of soft rock shaped by erosion—which people used as refuge for hundreds of years, carving houses, stables and even temples into the mountains. 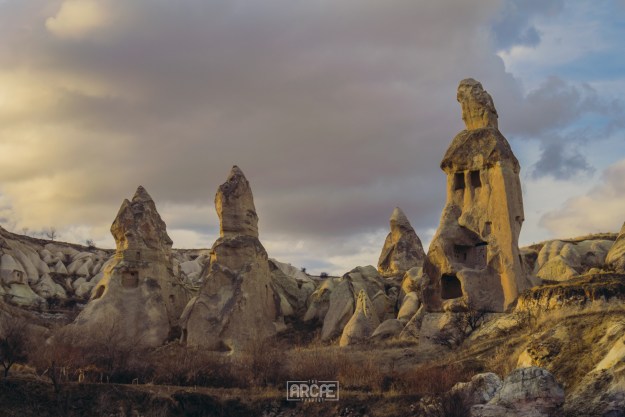 Today, most accommodations in the area offer “cave rooms” as a way of allowing tourist to experience what it was like in the past and the locals still use them for storing all sorts of things.

Some of Chimneys even maintain their original paintings, including part of the frescoes inside the Churches.

Göreme is surrounded by countless paths, leading to different valleys and canyons, so hiking on a new trail is just a matter of taking a walk on a different direction.

On my first day, I had to wait several hours before I could check in into my hostel, so I asked for a trail map and decided to get right into it. 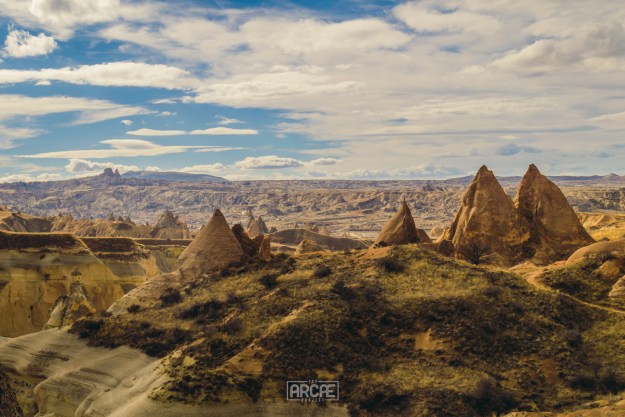 A view of Göreme from Aktepe Hill

Hypnotized by the surroundings, the short reconnaissance walk became a full 7+ hours hike through parts of the Red Valley and Rose Valley combined—the most popular area in Göreme.

These two valleys ended up being my favorite hikes and I came back several times, as they offer a great variety of sceneries and an incredible view from the city as you make your way up Aktepe Hill. 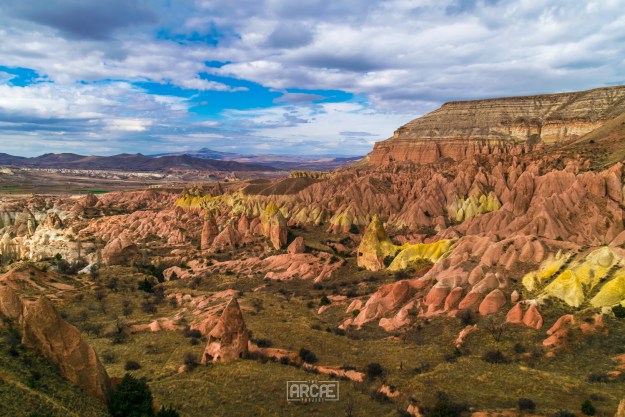 In just 1 week, I was lucky enough to experience Cappadocia in what seemed to be 3 different seasons.

First completely covered in snow, I even had moments—deep inside the canyons—where I was walking on ice.

Then hiding myself from the rain under the long tunnels that crossed whole stretches of the mountain.

And last but not least, a spring-ish weather at the end, with the temperature raising enough to be comfortable without much cover. 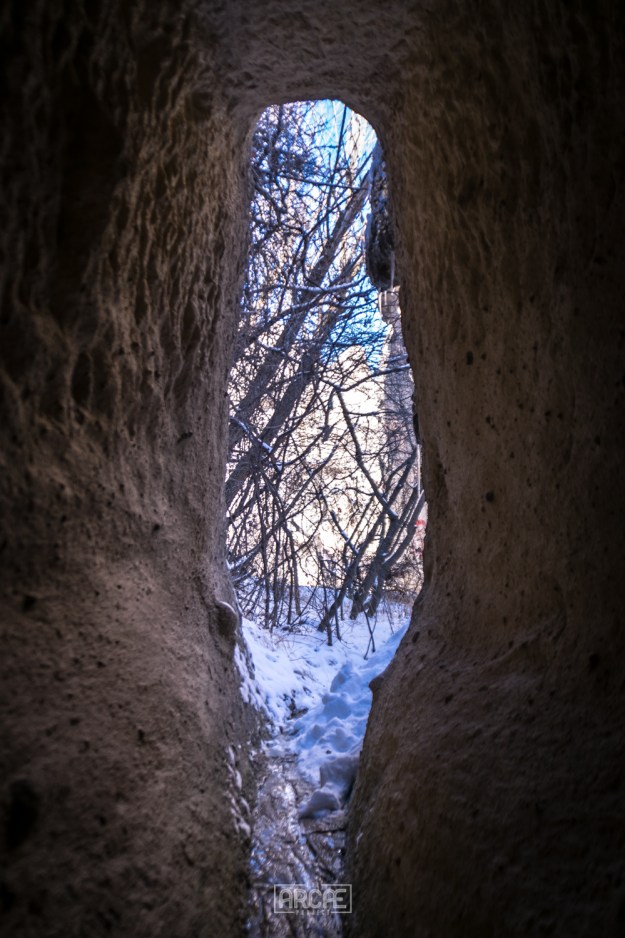 The entrance to one of the tunnels I found

Apart from these two trails, there’s many other in different areas, such as Pigeon Valley and Love Valley(named after the dick-shaped rock formations).

Other than hikes or expensive balloon rides and tours, Göreme is the only place where you’ll find the yummy Testi Kebab, a dish slowly cooked inside a small clay container that will be unceremoniously broken right in front of you.

There’s also an Open Air Museum, just a couple of kilometers away from the city center, where most of the preserved churches are located.

A must see when in Cappadocia, Göreme has plenty of options for every taste and wallet, from fancy boutique hotels to budget hostels.

Without a doubt, one of the highlights during my time in Turkey. 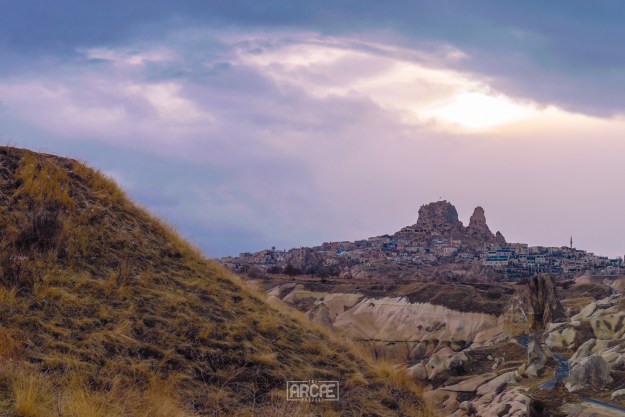 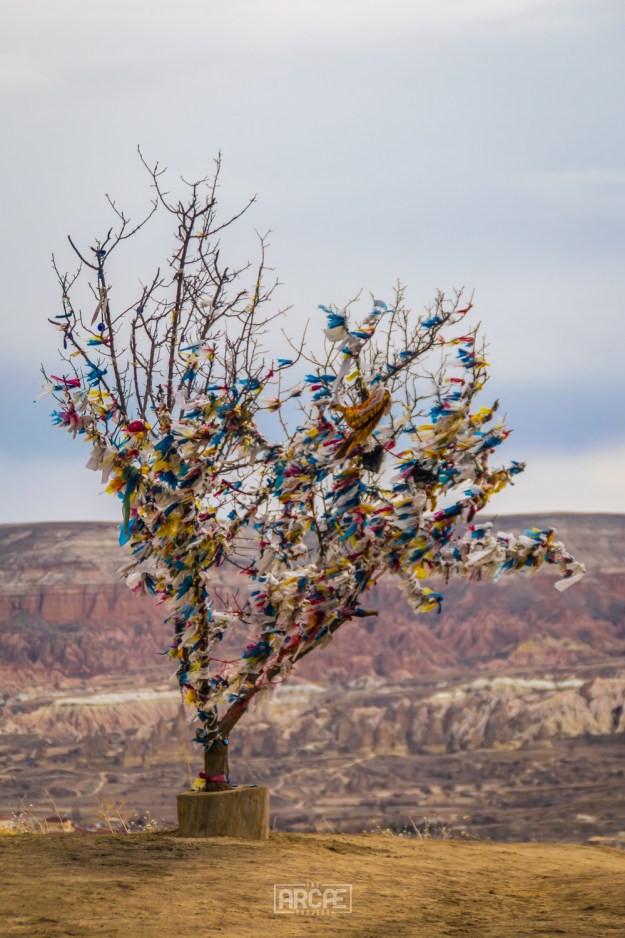 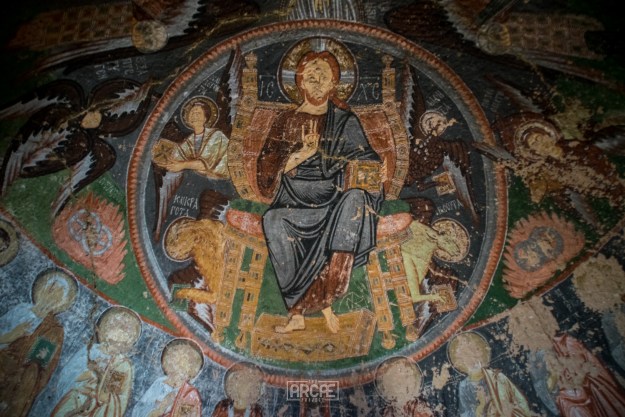 A fresco inside a Cave Church 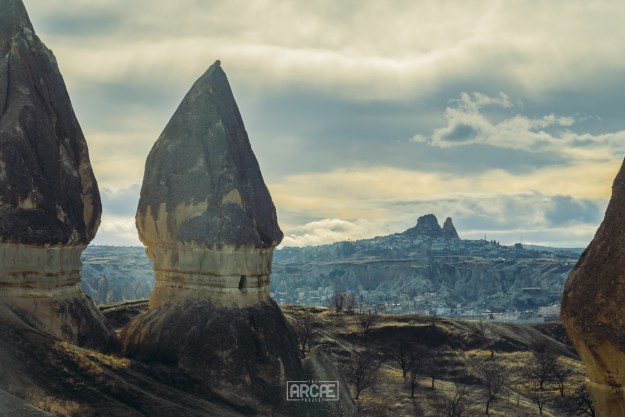 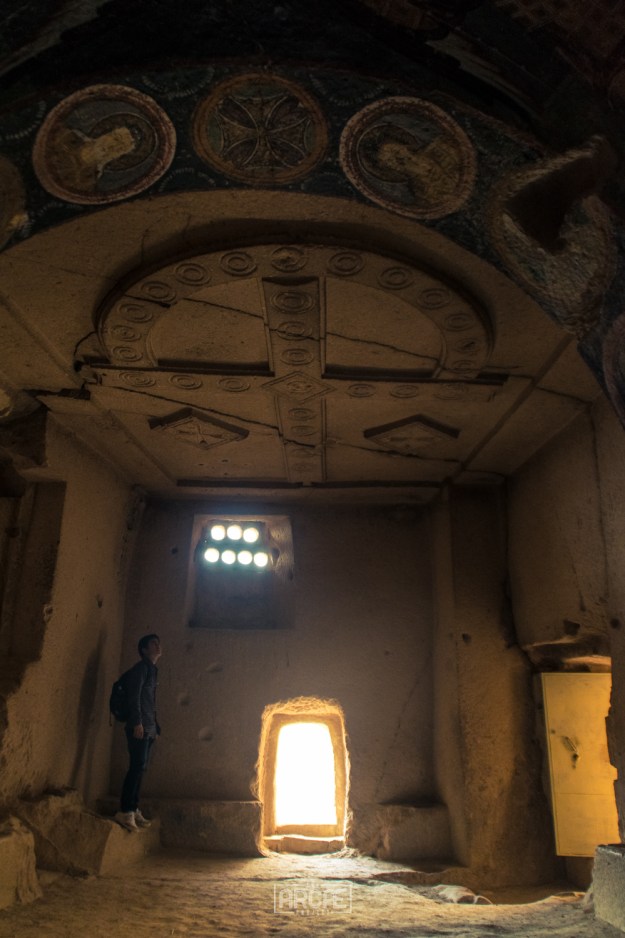 Inside one of the Cave Churches 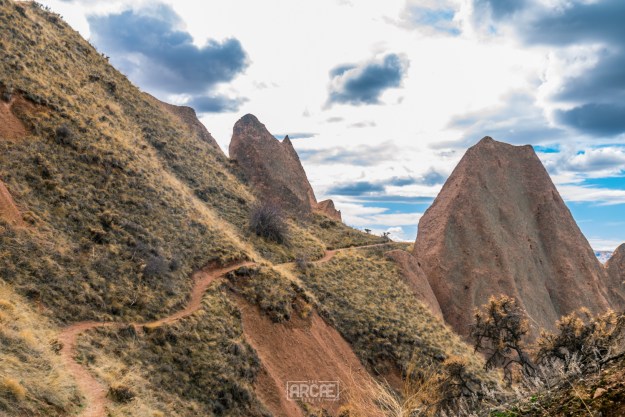 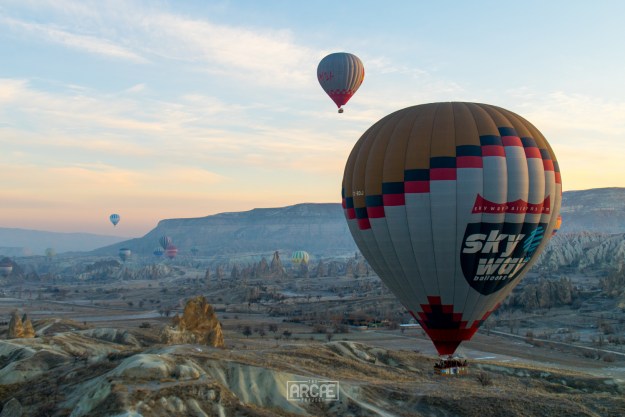 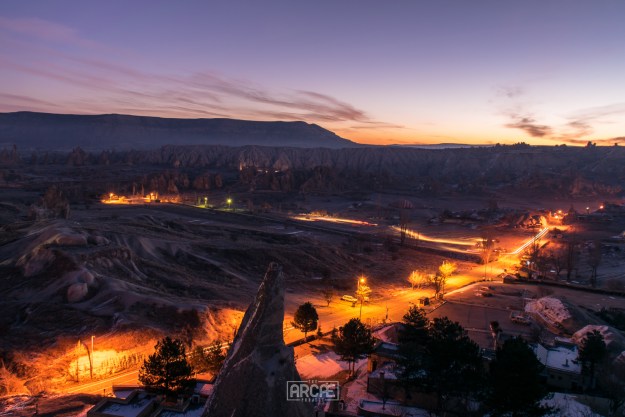 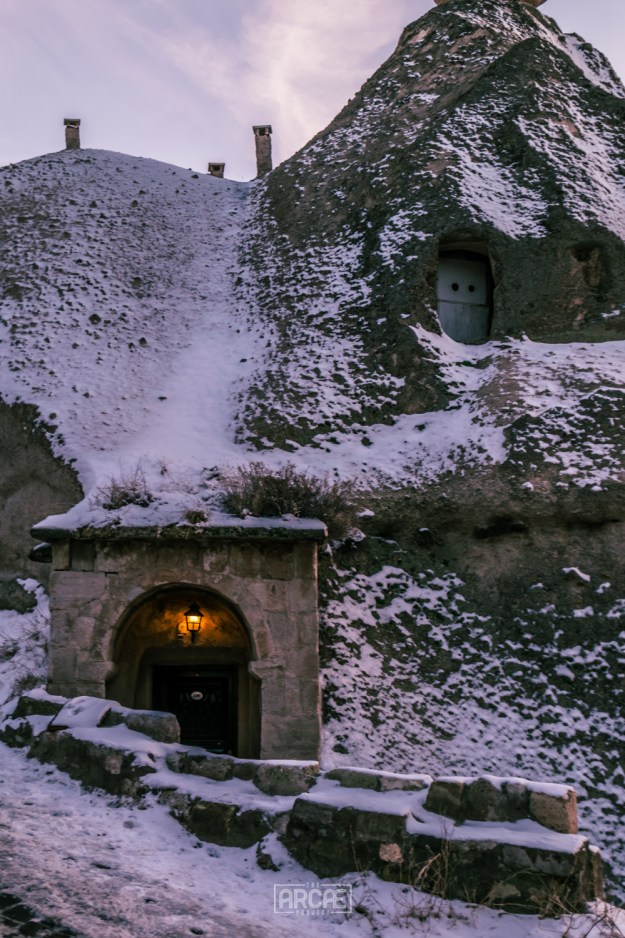 The entrance to a Cave House 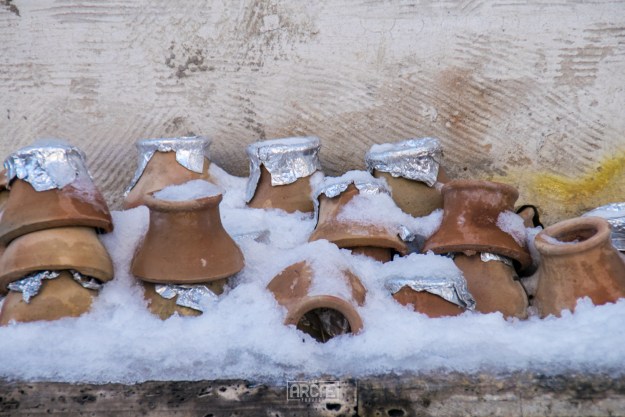 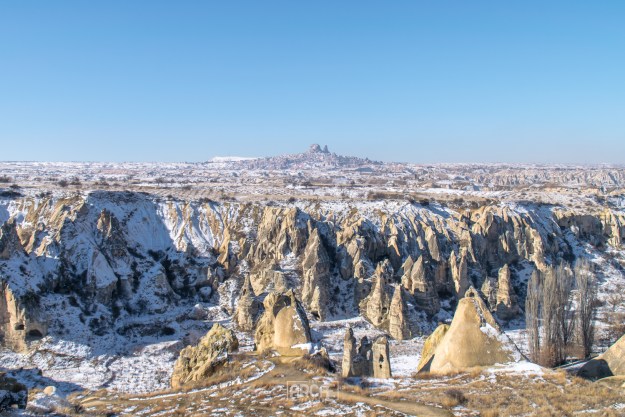 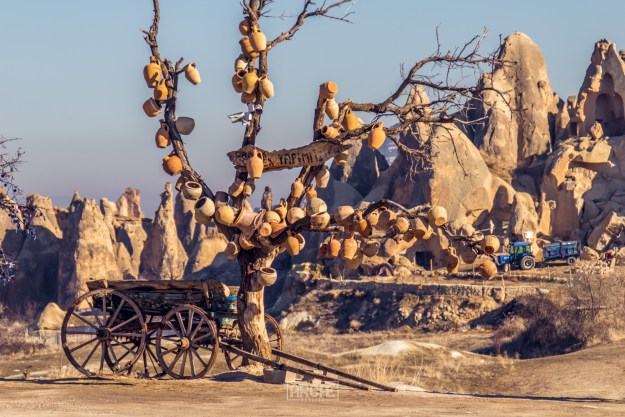 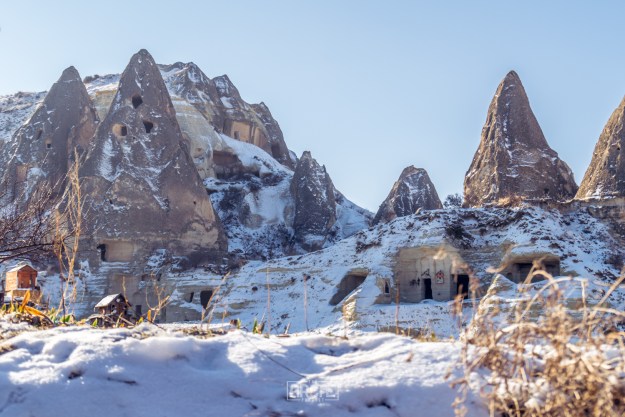 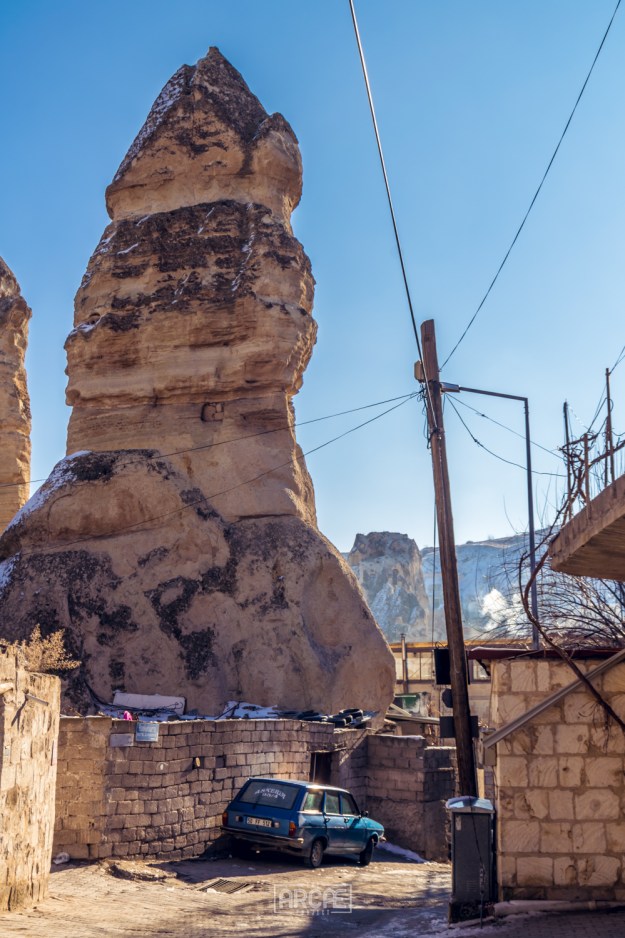 A car parked next to a Fairy Chimney