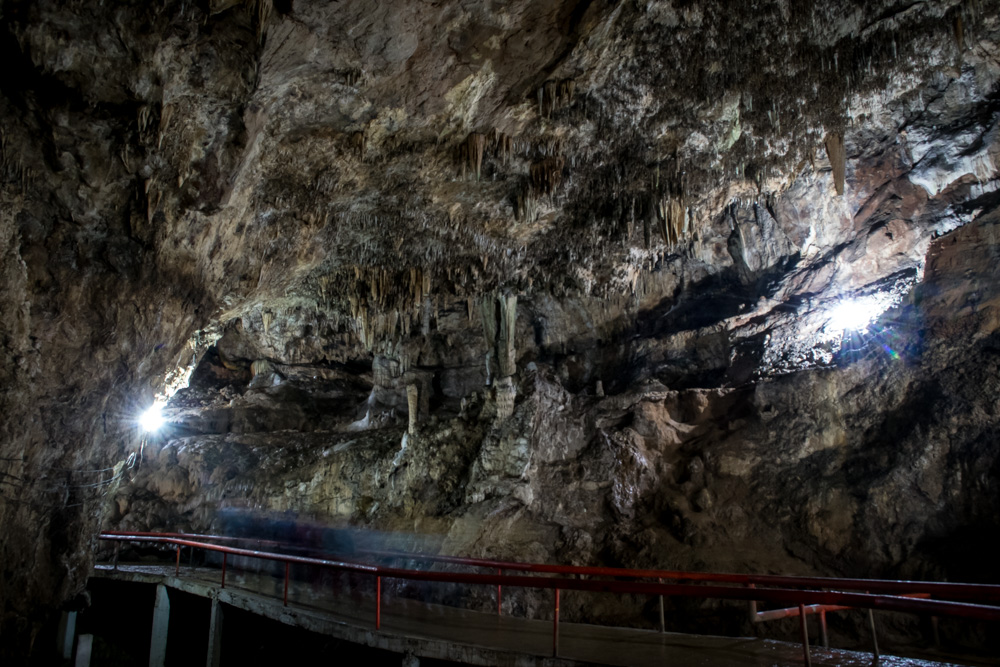 There’s no denying it. Once you decide to start backpacking every time you travel, there will be people constantly worrying about your integrity, no matter how well you explain them that you have the same amount of risks while staying in just one place than traveling around the world.

In my case, my mom is the one who worries the most. That’s one of the reasons I wanted to make this trip to Chiapas with her—to take her on a small adventure and show her the way I like to travel and why it’s not as crazy as it sounds.

To get to the Rancho Nuevo caves, we had to take a small colectivo headed to Teopisca from San Cristobal’s municipal market.

The thing is, you have to tell the driver to stop at the Rancho Nuevo entrance or they’ll keep going. Now guess who forgot about that?

After a while, I realized we had long passed Rancho Nuevo, so we quickly got down in the middle of the road and started walking back to the entrance.

We had to walk for almost an hour, passing trough a big military post, before reaching Rancho Nuevo and I was surprised when we discovered the place totally crowded, despite being midweek.

Inside the Rancho Nuevo park, there’s a lot of thing you can do—from ziplining and horse riding, to barbecues and camping—but the main attraction is its grotto, with thousands upon thousands of stalactites and stalagmites.

I’d heard really good things about the kids working as guides, so we hired a small girl and got inside the cave.

Diana, our guide, walked us through the illuminated walkway, showing us the rocky figures formed inside the caves and telling us funny stories about each one of them.

People gathered around us every time Diana started to tell a story and I dare to say that our trip to Rancho Nuevo wouldn’t have been as fun as it was, without our little guid.

If you ever make it to Rancho Nuevo, hire one of these kids and have and even better time.

At the end of the main tunnel, we found out there was a new section that was recently opened to the public, so we put on our helmets and passed through a small opening into a pitch black area.

There, we slowly walked with our headlights and were able to see some really cool crystal formations, careful of not slipping into one of the several small ponds you can find on this part of the cave.

I had never been in such a place before, so it was a great experience and seeing my mom enjoying every minute of it and understanding a little bit better the way I like to travel, made it all even better.