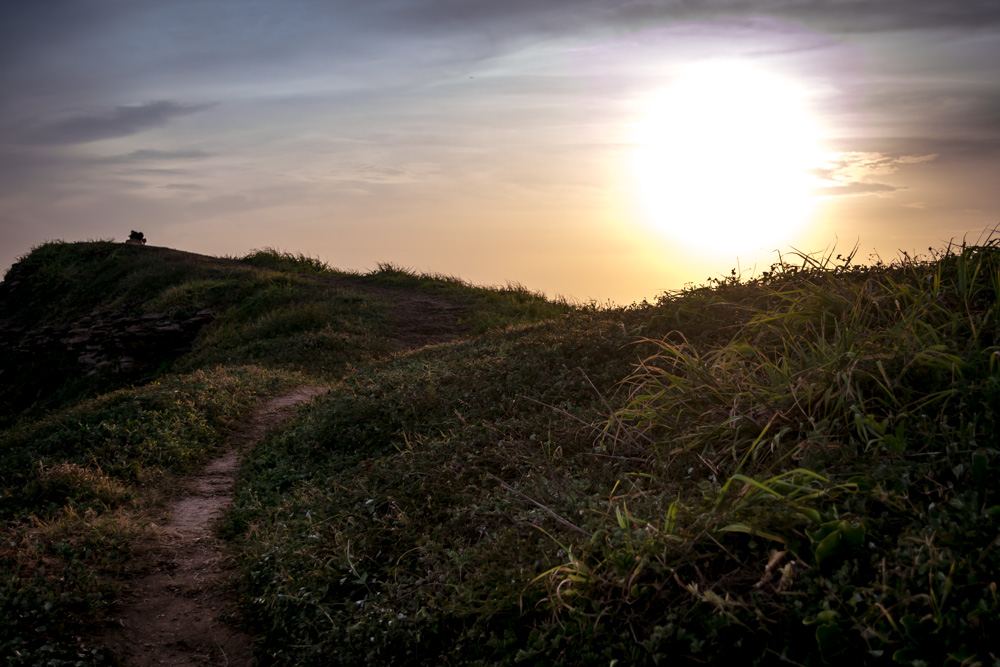 Mazunte is famous for being a laid back hippie beach, so when I first arrived there after several days in the cold mountains of San José del Pacífico, I was ready to just lay on the beach and barely move for several days.

Surely, I wasn’t expecting to hike and discover another one of my favorite places in the state Oaxaca.

Everyone was talking about this place called Punta Cometa and how its privileged location is home to one of the most amazing panoramic views in Oaxaca.

This is the reason why it was originally used by natives and pirates to guard the coasts and who am I to contradict them, right?

Getting to know the area

It is easy to get to Punta Cometa from Mazunte, since basically everywhere in town you can find signs that take you there or you can just simply ask someone.

Once you reach the entrance, you’ll see several paths with names on it and on our first hike, we took the main one, a long path that takes you to the southernmost part of the small peninsula.

From here, you get a nice view of Mazunte and the rocks below the cliff, but it was obviously not the perfect spot for a sunset since a huge amount of trees and hills blocked the view from where I calculated the sunset would be.

Later that same day, we took the Pescador path instead of the main one which took us through a small jungle-ish area and then onto several other smaller paths with grassy hills and as the light started to get dimmer and dimmer, I knew we were on the right way.

After several minutes of walking and wondering how much further we would have to walk, we were faced with an amazing hill that we had to climb.

Tired, I slowly walked up the hill and as I reached the top, the sun started to show behind the crest, showing that small hint of light that you know precedes a really beautiful sunset.

I could’ve stayed looking at this scene forever

I was amazed by the light and the shadows it was casting and I really didn’t want to keep walking, afraid of what lay behind, but I was here for a reason and I had to keep walking.

Thankfully, I wasn’t disappointed at all. On the contrary, now I was convinced that coming this way was the best decision.

After a while, I preferred to put down my cameras and just stare into the horizon

From here, we could see Playa Mermejita to the right, the ocean and its the rocky cliffs to the left and the sun going down in the horizon.

A couple and my friend Santiago were the only other souls up there with me, which made the experience even more special.

I wanted to take all the pictures in the world, but after a while, I preferred to put down my cameras and just stare into the horizon, with a dumb smile on my face.

The costs of Mazunte