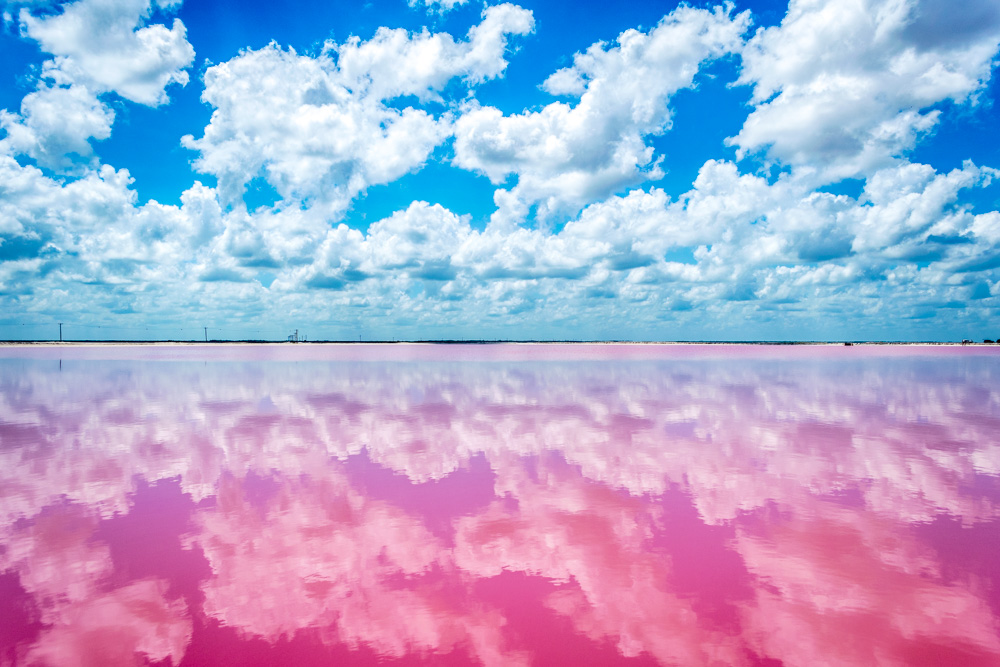 When I first heard of Las Coloradas and later saw the pictures on the internet, I was a little bit skeptical of its veracity, but my curiosity was strong enough that it forced my pal Vincent and I to leave the lovely city of Valladolid for a quick day trip to the northern part of the mexican state of Yucatán.

Las Coloradas is a small town located near Río Lagartos and it is known for its man-made pools, used for extracting salt from sea water. The salinity levels in these pools are so high, that the water turns into a pink liquid, dense enough to make you float without problem(though you shouldn’t touch the water).

To get there, we had to take a second-class bus from Valladolid to Tizimín and then a second one from Tizimín to Las Coloradas.

We were dropped off at the other end of the town, so we had to walk back the whole way to the pools under the midday sun, so we ended up buying a couple of beers, of course.

I was actually pretty surprised by the intensity of the color and the sky was working in our favor with an incredible display of clouds reflecting in the water and giving a truly out-of-this-world look to the area.

We walked around the perimeter, still not able to believe our eyes and trying to take pictures that properly captured what we were seeing.

To be honest, there’s not much else to do here if you’re not traveling with an agency or with a private car. If you are, though, you’ll also be able to visit the mangroves and the flamingoes nests that lay further down south.

Nonetheless, the pools of Las Coloradas are a really interesting site to visit if you have a little extra time while in Yucatán.