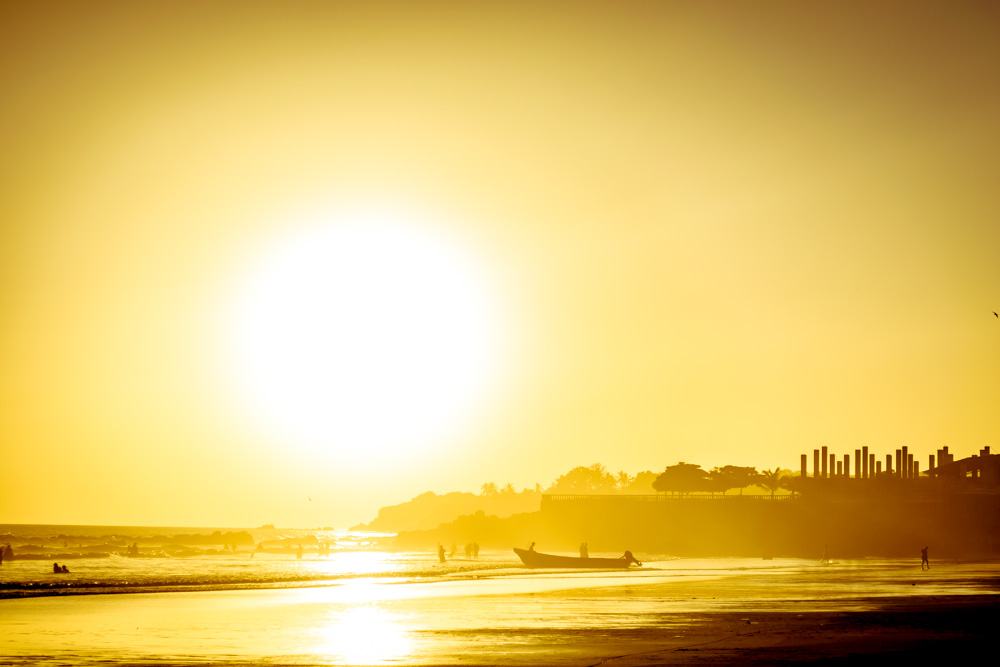 Every two weeks I’ll be publishing little excerpts from my travel diary to show a little bit more of what I live every day. These are taken from January 1 through 15.

Starting a new year and I feel the same as yesterday. I love it.

02
I haven’t met a single Salvadorian who could say something good about the MS, on the contrary, they talk about it with disdain. Unlike Mexico, where we celebrate our Narcos and sing their songs.

03
Free coconuts and ice cream, beers and skinny dipping in the ocean. I’m already in love with this new year.

04
Alone on the beach, taking pictures before sunset. The magical moments of solo-traveling.

05
Met another mexican today and turned out to be a guy from my hometown, with tons of friends in common and a lot to talk about. Ended up drunk in the middle of San Salvador.

07
The winds on top the Santa Ana volcano are INSANE. We were tumbling all over the crater, trying not to fall in it.

08
6 buses, 3 countries, 2 border crossings and 10 hours later, I’m in Honduras with Alex, Zoé and Vincent, drinking the best beer I’ve had on this trip. I can’t complain, really.

09
It’s funny how at first, the thing I liked the most about the Mayan sites were the massive structures and now I focus my wonderment on the smallest details of the sculptures in Copán.

10
Today’s the first day we’ve been ‘shushed’ for singing in a hostel.

11
We found a restaurant with the most authentic chilaquiles recipe since I left Mexico. Guess who’s eating here again?

12
Another epic thing about traveling for a long time? At any given moment you can change plans and do crazy routes!

13
Gracias, Honduras is the first town where I’m completely sure we’re the only foreigners around. The perks of being off the beaten path.

14
My favorite tuk-tuk drive on this trip, so far! It was with a guy name Johnson, who lost both his legs when he fell from a train while searching for the “american dream”—the happiest man I’ve seen in a while.

15
Have you ever been in a place so beautiful it makes you wanna cry? Lake Yojoa is like that.