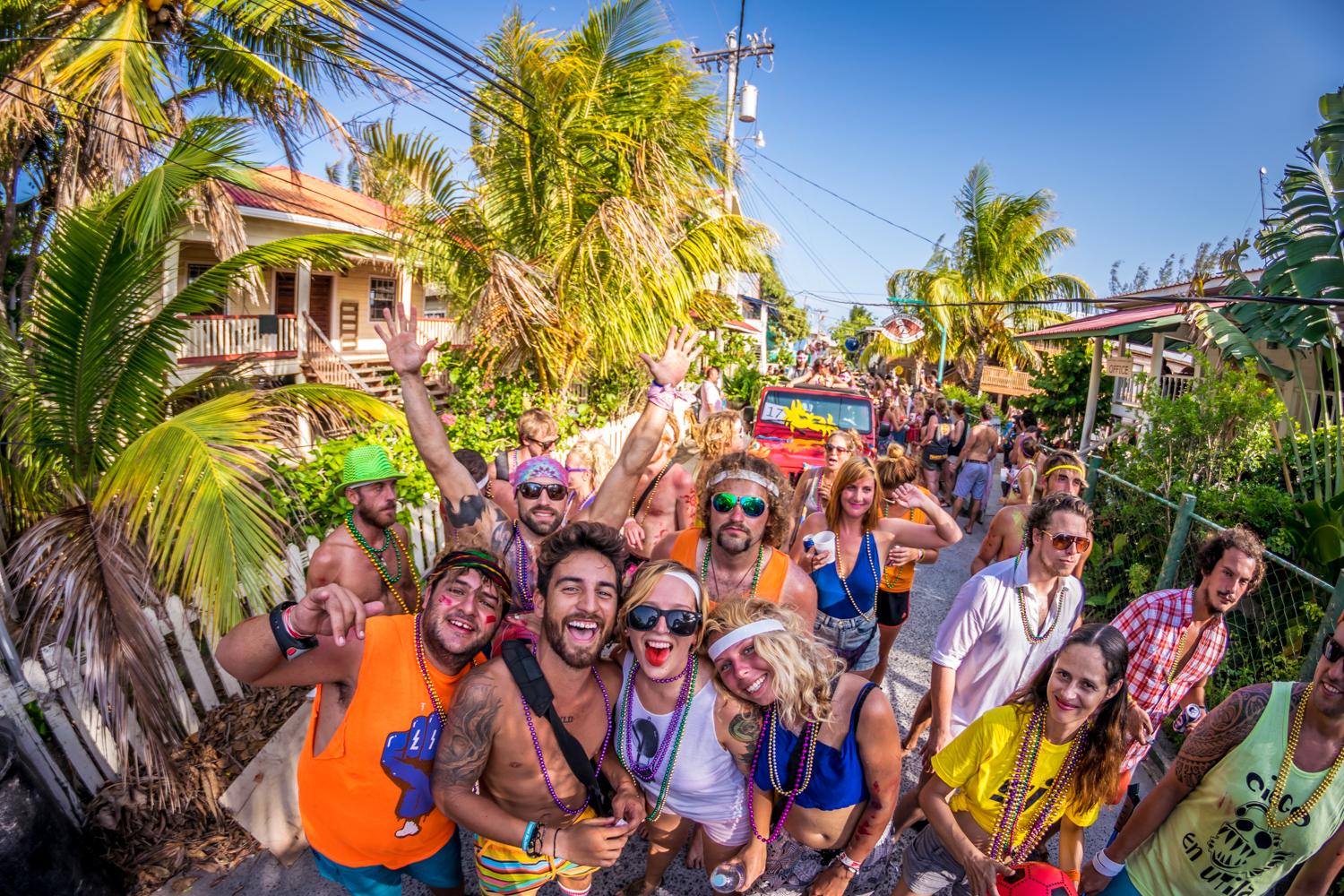 Some of you might know about my original plans of traveling all the way across Latin America, when I first started this trip in 2014. Little did I know that, not even half-way through the journey, this little island off the coast of Honduras would come across my path and ruin them. For the better.

Utila was on my schedule, of course. The promise of cheap diving and cheap partying on a laid-back island was an offer I couldn’t refuse, specially after a lot of my travel-friends were also going there around the same time as I was.

A place that introduced itself as a crazy-drunk rampage in between diving certifications and hangovers, quickly became home. With great friendships forged underwater and a dysfunctional family of outcasts, from all around the world, to call my own.

My buddy Vincent and I had agreed on meeting in Copán Ruinas, sometime after New Year’s Eve, to go to Utila and do our Open Water certifications together.

After a quick visa run to Belize, we took the ferry that connects La Ceiba with Utila—one of the craziest boat rides I’ve ever had, with waves rocking the ferry from every direction and half the passengers puking their guts out through the board.

Once we got to the island, we were approached by a hoard of hard-pushing people trying to take our pretty asses to their dive shops, until we gave up and picked one at random.

It is always recommended to shop around the island before you pick a dive shop to dive with, but from the moment we entered Parrots Dive Center, I knew I belonged there.

Looking back to this moment, I like to compare it to Harry Potter, when the hat chooses which house you’re in. Silly, right?

The deeper, the better

After finishing our Open Water certification, we decided to stay a little longer and do the Advanced Open Water, too.

One week turned into two, then a month and before I knew it, I was half-way through my Rescue Diver certification; and planning on going for the Divemaster.

For a guy who’s been scared of water for the majority of his life, this was one of the most unexpected things to do. But it felt right!

Utila was also home to the best daily routine of my life: Waking up every day at 5am, carrying tanks and loading boats before going on an great early dive, laying on a hammock while studying and finishing off the day with a big beer from La Cueva or a cheap tequila while dancing in the middle of the dancefloor at Tranquila during one of their famous Tequila Tuesdays.

Four months after my arrival, I graduated from the DMT with one of the craziest Snorkel Tests ever, and that’s not just because it was mine.

I won’t go into details in this post, but let’s just say it was a lot of fun.

By this time, I was more than part of the Parrots family, starting to guide my own dives, taking underwater pictures and videos for the shop, working at Rehab Bar and dancing my ass off in every TrueType party on the beach.

True, I was not a big fan of the beaches during the days, but everything else offered was a big YES. The reefs, the hikes, the mangroves, the sunsets and the docks by the ocean.

Time slows down in Utila and there’s no pressure on doing anything at all. A good thing when you’re looking to relax.

Do not, I repeat, DO NOT expect anything fancy from this place. It is a hippie island, where sitting at a restaurant without shirts and shoes is not only acceptable, but expected.

Regular faces turn into friendly faces. Locals mixing with foreigners. No one really cares, everyone always ready to offer a helping hand and a smile.

Walking through the streets, I loved it when people shout ‘Hey, Mexican!’ and knew they were calling me.

Utila is a special place, with a big and varied influx of people. Some of the most inspiring I’ve met. It gave place to beautiful situations, where people would share points of views, ideas, stories and philosophies that I’ll keep carrying for the rest of my life.

It was also the first time I proved that I was able to move somewhere completely new and create something beautiful out of it. Proof that being honest, hard-working and ethical pays off. And this is something I’m grateful for.

Of course, not everything can be perfect and Utila is no exception.

Theres a big lack of fresh produces, such as vegetables, fruits, meat and even fish(!). But you can still manage to buy them if you’re quick enough when the boats carrying them arrive.

For me, the biggest downside was, in the end, one of the main things that kept me in Utila on the first place.

Specially if you have a chicken heart like me.

By the end of the 8 months I spent in Utila, I just couldn’t bother meeting new people.

Yes, it was hard remembering new names, new faces and trying to actually get to know them. It was even harder to say good bye.

I’ve met a lot of people who didn’t like Utila, and that’s OK. Further proof that it is not where you are but the people you meet, what makes a place special.

Me? I just know that if it wasn’t for Utila, I wouldn’t be where I am right now. It doesn’t matter that it changed my plans, I quite welcome it!

It made me grow and now I’m more confident as a person because of that.

Have you ever felt like you’re right where you need to be?

The good, the bad. It was all perfect.